Lately, there are many magazines with food articles that promise delicious recipes with very few calories. It's easy to be tempted to ta... 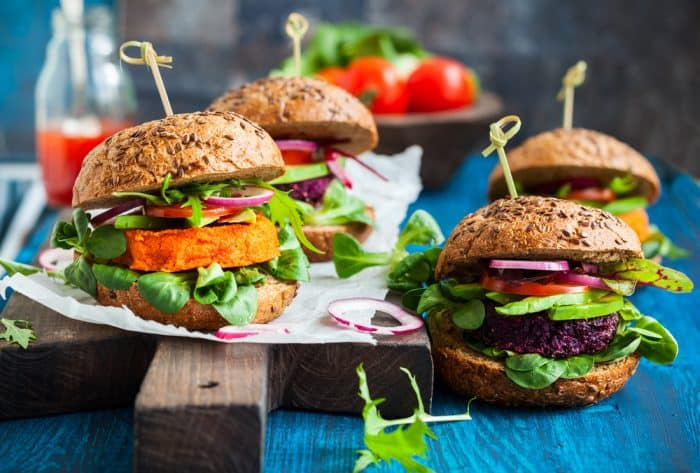 Lately, there are many magazines with food articles that promise delicious recipes with very few calories. It's easy to be tempted to take a look at them, see what they're all about, and try your luck. And many times, these recipes are based on totally vegan ingredients, something that is very fashionable today.

Vegan diets are all the rage and many people today are making veganism a lifestyle. However, it is always necessary to listen to the voice of the specialists to know if this type of diet is in accordance with our lifestyle and if it will really bring more benefits than another type of diet.

Veganism on the rise

Vegan recipes are made for people who practice a diet characterized by the total exclusion of foods of animal origin, including those that involve a process that indirectly involves animals, such as eggs and honey.

This new trend in diets has been on the lips of many specialists as it is quite radical and controversial;  But at the same time, some experts believe that veganism can help protect us from degenerative diseases, chronic diseases, some types of cancer, osteoporosis, diabetes, hypertension, and heart disease.

In addition, it is thought that it could help prevent gallstones and rheumatoid arthritis, according to a study in The American Journal of Clinical Nutrition. It is always recommended to consult with a nutritionist, supervising the adequate consumption of additional nutritional supplements (something that supposes an extra expense to the foods that are bought to carry this diet).

Despite these costs, which in fact are much higher compared to traditional diets, some vegans consider that this style of eating goes beyond a diet and that it is more of a way of thinking and acting.

In this category, people choose veganism as an option to eat, totally avoiding meat and/or foods of animal origin.

The vegan lifestyle takes the care of animals one step further. In addition to following the vegan diet, people also forbid themselves to wear garments made of fabrics of animal origin and refuse to use animals for the benefit of humans.

In the last step of the vegan trend, people follow the above principles, but they also think that industrial animal husbandry is harmful to the environment and has a very negative impact on ecosystems.

A diet that increases strokes

Apparently, it is a very friendly and normal diet, but the question is if this trend is really truly healthy for humans. A group of scientists published research on this topic in the British Medical Journal.

In this experiment, carried out over a period of eighteen years, they concluded that people who follow the vegan diet had ten fewer cases of coronary heart disease per thousand people, compared to people who did consume meat and products such as eggs, milk, and honey; but 20% more cases of cerebrovascular accidents.

This last piece of information is truly alarming and discouraging for people who only consume plant-based products, as they are putting their brain health at serious risk.

According to Frankie Phillips, co-author of the study, " beyond the beliefs and good wishes that each one has for nature and animals, a complete variety of foods and nutrients from each group should be ingested as it is optimal to be healthy."

It is not a diet suitable for infants

Another of the most worrying questions about veganism is that many of the followers of this trend carry these eating practices into the lives of their young children, who are even at greater risk than an adult of suffering serious health consequences, and even death.

In Florida, the United States, a baby of only one and a half years old lost his life because of following the same vegan diet as his parents, who are faithful followers of this new trend.

These parents were convinced of the way in which they fed their son, despite the fact that for his young age it was an incomplete diet that was not supervised by any doctor. They even revealed that they had never taken him to a consultation.

The autopsy revealed that the boy weighed seven kilos (extremely low weight for a one-year-old baby), and he died from painful complications related to malnutrition, dehydration, and liver dysfunction that causes swelling in the limbs.

After the shocking results, his parents were convicted by a judge on murder charges, for the recklessness they committed by not taking their son to the doctor and not feeding him in the correct form and quantity.

It is very important to emphasize that although the previous case is very extreme, as parents we are never exempt from making mistakes. Therefore, taking our children to the pediatrician to verify if we are feeding them correctly is the best. Only a specialist will indicate which is the correct and complete diet for a child according to his age.

Don't forget to get advice and information from specialists if you are thinking of following a vegan diet. Your health comes first.