A Baby Suffered A Stroke After Contracting Chickenpox, And The Medical Community Raises The Alert

What the anti-vaccine movement is generating in the world keeps the medical community in suspense. The importance of vaccinating our childre... 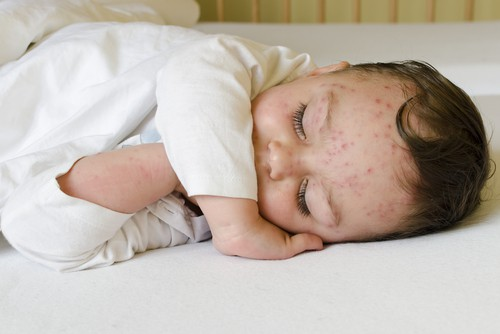 What the anti-vaccine movement is generating in the world keeps the medical community in suspense. The importance of vaccinating our children lies fundamentally in protecting their lives. As parents, it is our responsibility to do so.

In the United States, an 11-month-old baby suffered a stroke from chickenpox. The little boy did not have the vaccine yet, and apparently, he got it from his two brothers who had not been inoculated and had contracted the disease two months earlier.

As published by the Journal of Pediatrics, the boy's mother took him urgently to the medical guard, noticing that the right side of his body was immobilized. Doctors determined that the boy had suffered a stroke from a chickenpox infection.

A disease that is not minor

For many people, chickenpox is just another eruptive disease. Many of us suffered from it in childhood, and we even find it funny to remember how our bodies itched and how much Mom challenged us not to peel off the shells.

However, chickenpox is a very dangerous contagious disease, which if not treated in time can lead to death. That is why there is a vaccine against this disease, and it is included in the official vaccination calendar of many countries in the world.

According to the National Library of Medicine of the United States, it is a highly contagious viral disease, transmitted through direct contact or saliva secretions from coughing or sneezing.

It has purulent blisters all over the body, which are very itchy. Chickenpox, also known as herpes zoster, occurs mostly in children under 10 years of age, and although most of the time it occurs mildly, it can lead to serious complications. 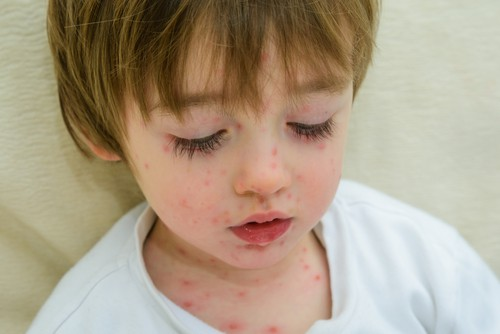 Some years ago there has been talking of the anti-vaccine parent movement. This is a group of people who disagree with vaccines and decide not to inoculate their children, putting not only their children but the entire community at risk.

In 2018 alone, 37 victims have died in Europe due to not being vaccinated against measles, while more than 41 thousand infections of diseases completely predictable by vaccines have occurred.

What is the rationale for not vaccinating?

This entire movement is based on a study published in the Lancet magazine, which was later found to be fraudulent. In it, it was indicated that the vaccine against measles, mumps and rubella, caused autism in children.

When it was found to be totally false, it was too late as many parents, convinced that this could be true, stopped vaccinating their children.

Other reasons that encourage parents not to vaccinate is that vaccines are made with live viruses and bacteria, as well as additives and residues that are generated during their production, which for many could lead to certain health complications.

The benefits versus the risks

The Association Affected by Vaccines explains that they have the right not to get vaccinated or vaccinate their children. But at the same time, one of the primary rights of children is health, something that would be denied by not vaccinating them.

Those who do not decide to get vaccinated or vaccinate their children assure that there are risks and complications after the application of certain vaccines. The truth is that they are isolated cases, and the benefits of inoculation far outweigh the risks.

It is not a question of belittling the opinion of these parents who have been affected by vaccines, but of raising awareness about the risk that the general population implies, the fact of advising not to get vaccinated.

Vaccines save your child's life

Not vaccinating our children puts them at serious risk of deadly diseases. But also, when you don't vaccinate a child, an epidemic can be generated; since a disease that is completely controlled by vaccines can start to spread very easily.

Poliomyelitis, measles, diphtheria, among others, were completely controlled diseases, and are now wreaking havoc in Europe due to the lack of vaccination against them. 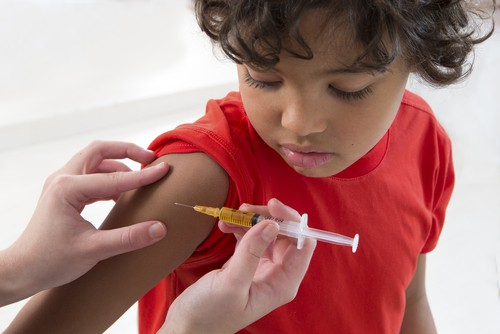 Herein lies the true power of vaccines. Herd immunity happens when everyone is vaccinated, and it is the best way to protect the population from disease, as explained by Dr. Nina Shapiro, a professor at the University of California School of Medicine.

“Parents must remember that they are vaccinated not only to protect their own children but also to protect vulnerable members of society who cannot be vaccinated, either because they are too young or because their system is compromised,” he explains.

Choose to care for your child and future generations. Think how much benefit you bring your child for the loving and responsible gesture of vaccinating him. Get informed, get advice from experts, and always do what is best for your child.

And if you still have questions about vaccines, check out this manual. But never stop vaccinating your child and follow the recommendations of the health agency in your country. If you love your child, you will take care of him like a treasure.