If you have read this article it is because you are surely a chocolate fan. Or because you have a cough and are looking for a natural soluti... 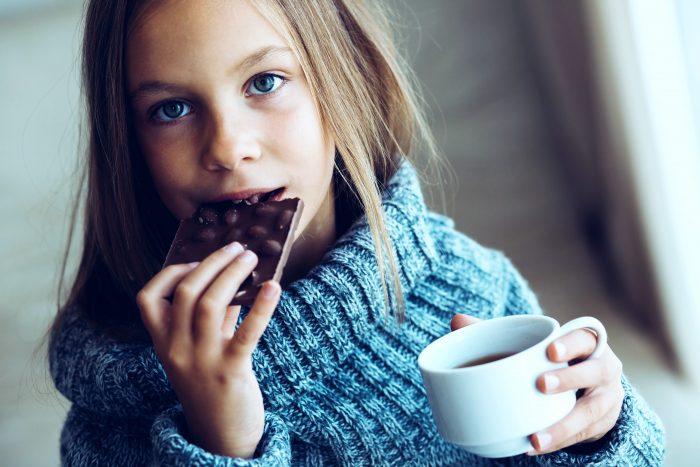 If you have read this article it is because you are surely a chocolate fan. Or because you have a cough and are looking for a natural solution. The truth is that the title has a pleasant cocoa aroma, and for those of us who love chocolate, it is fabulous news!

According to one study, chocolate is a better cough suppressant than some medications. The link between this delicious treat and people's respiratory health is close and encouraging. Chocolate seems to calm a cough better than some syrups.

Better than some drugs

The scientific community continues to research the positive effects that chocolate has on cough and respiratory health. Alyn Morice, head of cardiovascular and respiratory studies at the University of Hull, said in an interview, which has conducted an investigation that is about to be published in scientific journals.

The expert affirms that a study was carried out with more than a hundred patients where a cocoa-based preparation was given to patients with cough. Another group of people was given a regular cough medicine, which contained codeine.

The discovery was that those who had consumed the cocoa-based preparation had cough symptoms improved more quickly than those who had taken the codeine syrup.

Theobromine and its effects

Another previous study suggests that it is the main component of chocolate, theobromine, that causes the positive effects on the body. Apparently, this alkaloid found in cocoa has a cough suppressant effect, since it acts directly on the central nervous system.

What this substance specifically does is create a slimy coating in the throat, which protects the nerve endings, quickly reducing coughing. Also, it should be noted that theobromine has no central side effects.

Currently, in some countries, a cough medicine called Unicough is marketed, which is formulated with cocoa, and promises to be better and more natural than other medicines with other less natural chemical components, and not as effective.

This drug, in addition to cocoa, has other substances such as diphenhydramine, levomenthol, and ammonium chloride, which act in conjunction with the natural component, and provide a calming effect for cough seizures.

The truth is that the most practical, quick, and delicious is still eating a bar of bitter cocoa to relieve cough while we call the doctor, right?

Eat it or drink it?

Dr. Morice believes that drinking a cup of hot cocoa can help alleviate cough and other symptoms of a cold, for example, but that it will not necessarily effectively soothe a cough like melting a piece of chocolate in your mouth.

The inhibitory effect on nerve endings is mainly due to the viscosity of the chocolate, so a cup of hot, liquid chocolate would not fulfill this function perfectly, since the cocoa is not in contact with the throat long enough to create a protective layer.

Surely once you've had a cough, someone has recommended a tea with honey and lemon. These natural foods are great for health, and in combination, they can soothe not only a cough but also a cold.

To tell the truth, I'm one of those who eat a spoonful of honey when a cough occurs. It works great for me and calms me instantly. According to the prestigious Mayo Clinic, eating a tablespoon of honey before going to bed at night can reduce coughing and improve sleep.

According to new directives from the Public Health of England, before taking antibiotics or any cough medicine, patients must first turn to such a healthy and natural food like honey.

However, experts highlight the importance of not administering honey to children under 1 year of age due to the high risk of getting botulism.

Coughing can help us in some cases

It sounds crazy, but in truth, coughing is not a disease but a symptom, and it can help clear mucus from the airways. In fact, it is a very useful reflex for the body as it is a defense mechanism that helps us clear the airways.

Therefore, coughing can often help us. However, we also have to pay attention to what type of cough we have and how long it lasts, as it could indicate some other type of health problems.

Although coughing helps clear the airways, continuing to cough for a few days, or seeing our children cough a lot, begins to alarm us. Therefore, we always have to turn to the doctor when intuition tells us that the cough does not sound good at all.

If you hear your child cough, you can start by doing two things: give him a chocolate bar, and call the doctor. In the meantime, take a look at the different types of coughs, as they could indicate a bigger problem.

-Cough with phlegm: It can be the cause of a cold. The presence of mucus requires medical consultation, as the professional must assess whether the lungs are "clean".

-Dog cough: It could indicate laryngitis or pharyngitis, and it is quite common in children, although if it is viral it requires treatment.

- Choking cough: It is a type of cough in which it becomes difficult to breathe. It could indicate the possibility of pertussis or whooping cough, which requires an urgent medical consultation.

Chocolate and see the doctor

In addition to always having a chocolate bar on hand, it is essential to make a medical consultation so that the professional can assess the type of cough and the possible health implications.

Meanwhile, some actions that can help are the use of humidifiers in the environment, drink plenty of fluids, and eat healthily.