Scientists Discover The Best Method For The Brain To Remember Something

"I'm getting big," we say when we don't remember something. The lack of memory is one of the main characteristics of the e... 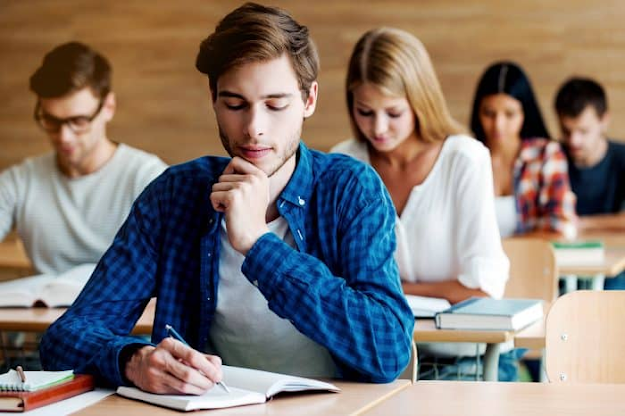 "I'm getting big," we say when we don't remember something. The lack of memory is one of the main characteristics of the entrance to the third age. None of us want to be forgetful, and scientists found an excellent strategy for remembering everything we wish for.

We take notes, do memory exercises, read books about brain gymnastics, but when none of it really works, there is something as effective as it is bearable, which will help us not only to be more memorable but to reach old age with memory willing to store the information we want.

An effective and fun method

According to a study carried out by a group of scientists at the University of Waterloo, in Canada, and published in the scientific journal Aging and Research, drawing improves memory.

The experts found that drawing doodles or symbols associated with what you want to remember was much better than taking notes, staring at pictures, or doing any kind of visualization exercise.

Thus, this unconventional technique is positioned as the best memory improvement and helps to retain any type of new information. So if you want to remember something, just draw it.

There is a reason

The regions of the brain with which the images are processed hardly deteriorate over time, and remain intact when we reach old age. For this reason, drawing is postulated as the best strategy for memory, because what you draw, you will never forget.

" We believe that drawing is particularly relevant for people with dementia because it makes better use of the brain regions that are still preserved, and could help people who experience cognitive decline with memory function, " said Melissa Meade, one of the authors of the study.

Experts consider this discovery to be positive since it is an effective method to help people with Alzheimer's, or senile dementia, who gradually see their language and memory in general deteriorate.

In this context, older adults benefit from this technique, since in addition to helping those who suffer from this disease, it benefits the adult population in general, since it significantly increases their memory performance.

One of the study's authors, Myra Fernandes, said, " Drawing improves memory in a variety of tasks, and the simplicity of the strategy means that it can be used in many settings ."

Why do we lose our memory?

According to the National Institute of Aging, memory loss is a natural feature of adulthood and is a normal part of aging. Poor memory is not always synonymous with Alzheimer's, although this is the fear of many people who are entering the third age.

According to the World Health Organization, dementia is a syndrome that involves the deterioration of memory, intellect, behavior, and the ability to perform daily activities.

Dementia is not synonymous with old age one hundred percent of the time, but it does represent one of its main characteristics and is one of the main causes of disability and dependency of our grandparents around the world.

Changes in the brain

As we age, our entire body changes, and with it, our brain. The deterioration of critical brain structures involved in memory, such as the hippocampus and the frontal lobes, is one of the predominant factors in memory loss.

But in addition to old age, there are other factors that can cause forgetfulness, such as alcoholism, lack of vitamin B12, the side effect of some medications, tumors or clots in the brain, or thyroid disorders.

On the other hand, emotional changes can also affect memory and are often mistaken for dementia or Alzheimer's.

In addition to drawing, there are other tricks to train your memory, so that it does not lose its storage capacity.

"Memory is elastic, you just have to work on it," my mother used to say when I was in high school. The truth is that for those who consider themselves somewhat forgetful, there are some practices to carry out and put the memory to work more actively.

Do sudokus or hobbies that exercise thinking

Make lists of the things you should do in the day

Use some mnemonic rule

Learn something new (a course, a workshop of something different that you have never done before)

Make accounts on paper and not always on the calculator

Symptoms that memory is failing

Perhaps you are a long way from reaching the third age and this matter of memory loss you see it far away. However, it is always convenient to be aware of the symptoms of forgetfulness, as this can help any older adult in the family.

Habitual loss of items, or not remembering where it was placed

Loss of orientation or spatial location

Repeating the same questions over and over

Although experts assure that lack of memory is a symptom of being a very intelligent person, assiduously forgetting or not retaining things, it can often also be synonymous with major problems in people entering the third age.

Therefore, if you have someone in your family who is having memory problems, recommend them to draw, as the experts explain, to memorize what they need to remember. But also ask the professionals for help when you notice that the problem worsens.