There is an organic component that is present in most of the plastic containers, cans, and packages in which your food and those of your fam... 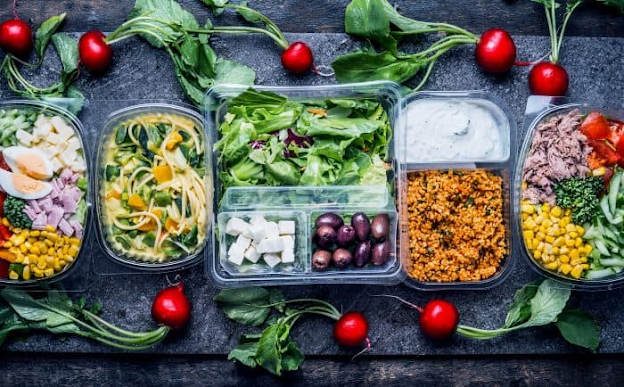 There is an organic component that is present in most of the plastic containers, cans, and packages in which your food and those of your family are found, and according to experts, your health is at risk.

This substance is known as BPA or bisphenol-A. It is a chemical that, since the 1960s, has been used to make certain plastics and resins. It is usually found in the plastic tuppers or containers that you and I use to transport food to work.

First danger: they make you fat

These containers make our lives more practical and save us time and money, but according to a study carried out by Dr. Jorge Morales Montor, from the Department of Immunology of the Institute of Biomedical Research of UNAM, and published in the Mexican newspaper Excelsior, heating your food in the microwave using a tupper is making you obese.

The culprit is BPA (bisphenol A), which when in contact with the heat of microwaves, detonates an organic component that promotes the accumulation of body fat, especially in men.

According to Dr. Jorge Morales, the finding arose by chance. While they were investigating the relationship between prostate cancer and bisphenol A, the doctor and his team were surprised that more than increasing the possibility of acquiring this condition, bisphenol considerably increased fat levels; and what is worse, the most difficult fat to eliminate, adipocytes.

The experiment was carried out in mice, injecting them with this substance, to know the consequences in their organisms. They discovered to their surprise that -without making changes in their diet-, the animals that had been inoculated with this compound, increased 2% in fat compared to those that had not been exposed to it. According to what the doctor commented, those two grams imply a considerable increase.

Is BPA Enough To Make Us Obese?

To express the question of the weight of this component for consumers in the considerable weight gain, Dr. Montes comments that obesity is multifactorial, but the possibility increases when ingesting this organic compound, and, therefore, bisphenol becomes a catalyst for obesity.

Tuppers and Bisphenol A

The containers that we know as tuppers are not only those that respond to the brand founded in 1989 in Orlando, Florida; but any plastic container with a lid that helps us transport or preserves our food. The brand has reported in an official statement that since 2010, products marketed in the United States do not contain this component that helps make plastics hard, but due to the generalization of the term, it is difficult to know which products contain this harmful substance.

In recent times, and due to studies on the harmful effects of BPA, some people are careful to use containers with the legend BPA Free for our food and those of our family, but unfortunately, it is not a general custom.

Bisphenol A and its dangers to your health

In the United States, there is a widespread awareness that bisphenol A is actually unhealthy. Take, for example, what the Mayo Clinic tells us in this regard: « Some research has shown that bisphenol A, present in packaging, can penetrate food or beverages. Exposure to bisphenol A is of concern because of the potential effects it can have on the brain, behavior, and prostate of fetuses, infants, and children.

There are other investigations suggesting a possible link between bisphenol A and increased blood pressure. There are other organisms that also associate this compound with risks for human reproduction.

Moreover, it is considered a disruptor of the endocrine system, which can mimic the function of human hormones and lead to adverse effects. The early stages of development are the most sensitive to its presence, and some studies link prenatal exposure to later neurological problems.

In Mexico, especially, it is used in the manufacture of resins to coat food and beverage cans and in plastics such as polycarbonate, the raw material for baby bottles, water bottles, sports equipment, medical and dental devices, and household appliances.

How to prevent us?

There are ways to prevent BPA from coming into contact with your body. To do this, it is advisable to follow these recommendations.

-Limit our consumption of canned foods, especially for babies and pregnant women.

-Do not use old bottles, cups, plates, and food containers marked with the letters "PC", for polycarbonate, or recycling label # 7, for food. Not all # 7 products are polycarbonate, but they can be.

-Say no to plastic containers when possible.

-Never give a child a Tupperware to hold or play with.

-Wash your hands before preparing and eating food after handling this type of container.

What alternatives do we have?

Once we know the potential consequences of this organic component, it is a little easier to organize ourselves to ensure a healthier family life. We give you some practical suggestions for you to put into practice in your home:

1 When heating your food, use glass or ceramic containers.

2 Avoid hard-looking clear plastic containers; are the ones that generally contain BPA.

3 When choosing a bottle to transport and consume water outside the home, preferably choose those that are made of stainless steel, and that is not covered with plastic.

4 If your baby is being fed formula, try those that are packaged in cans that are not made of steel.

Prevention is taking care of the health of our own. You, did you already know the risks of this substance?