He seemed to have everything in life, a family, a good job, financial stability. However, she was not happy, her face reflected absolute sad... 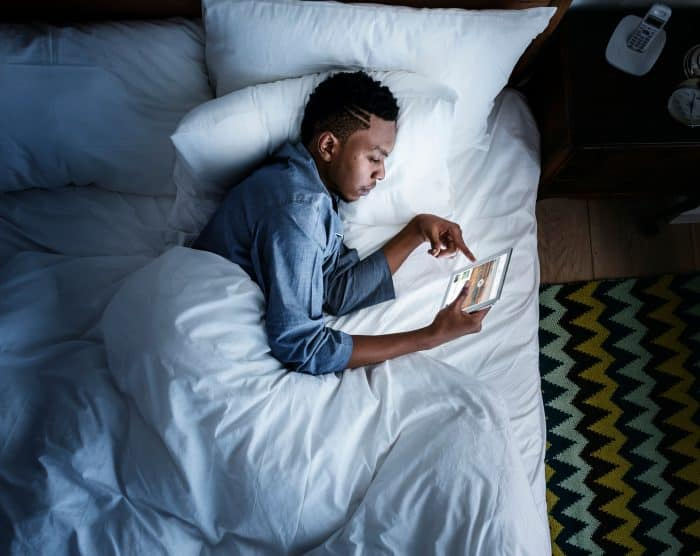 He seemed to have everything in life, a family, a good job, financial stability. However, she was not happy, her face reflected absolute sadness, she was so introverted that most of the time she was isolated, in a bad mood, and nervous. One day he wrote a letter saying goodbye to his loved ones, putting an end to his life.

Today we usually hear many stories like this; they are so surprising that we cannot explain to ourselves how it is possible that a person has the courage to attempt against his own life. Unfortunately, these decisions are made for various types of mental disorders, which are not detected in time.

Figures from the World Health Organization (WHO) state that 450 million people suffer from a mental or behavioral disorder; About 1 million commit suicide each year due to depression, alcohol use disorders, schizophrenia, anxiety, stress, and bipolar disorder.

What is mental health?

The WHO defines health as "a state of complete physical, mental and social well-being", and not only as of the absence of disease. Mental health is related to ties in the family, the emotions and feelings of each person. The problem is that poor mental health is not easily detected, so there are people who ignore treatments.

The signs and symptoms vary depending on the type of disorder, and other factors. However, the most common are:

1 Feeling of sadness or  discouragement

People often feel deep sadness and inexplicable emptiness. The most common thing is that it can be depression, were being continuously sad, anxious, with very low spirits, is part of your day today. They also have a loss of interest in everything (even life); They have never experienced the term happiness, which is why they resort to suicidal thoughts.

Some people experience confusion or delirium, disorientation, inability to concentrate, memory problems, or changes in perception and behavior. There can be many causes such as drug use, fluid imbalances, infections, or lack of oxygen in the blood.

Fear of being discriminated against, shame, worries about an uncertain future, stress from not being able to solve problems or make decisions, and anxiety are symptoms of poor mental health.

These symptoms are not usually perceived as a disease, however, when they occur in an extreme and frequent way, they should be treated in time and seek professional support.

Negative thoughts abound, of defeat, with strong feelings of guilt, causing a false idea that everything they experience in their life is bitter and meaningless. They are usually people who do not have self-esteem, who criticize themselves and see their flaws all the time.

We can all go from laughing to crying easily, however, when a person suffers from poor mental health, the mood swings are extreme. They are usually people who are always irritable, which indicates that something is wrong. Even one of the causes is that they cannot sleep well, which causes uncontrollable outbursts of anger.

They live in their own world, they are very introverted, they never seek social or family support, they even come to think that nobody understands them and that everyone is wrong living a false life. They experience a feeling of hatred towards the happiness of those around them.

Sleep problems are frequent, so they have little energy. Perhaps this is due to a radical change in diet (lack of appetite), worry, or anxiety.

A perception that occurs in the absence of a stimulus that triggers it can be considered as a hallucination. The person who suffers from it has the feeling that it is real and that it occurs without being controlled. They can hear noises or voices, even see unreal people.

9 Inability to cope with problems

They have the idea of ​​being unable to find solutions to their conflicts, they fear making mistakes and making decisions. Failure is your first conception of life.

10 Abuse of alcohol and other substances

Some people find a solution to their problems with the abuse of harmful substances such as alcohol or drugs. They resort to it, to absent themselves from their reality and feel better, however, it not only affects their mental state, but also the physical one, even their relationships with others.

What should you know

We can all suffer from some type of mental illness, having different ways of reacting to various painful situations in life, for example, a traumatic experience, loss of a loved one, low self-esteem, among others.

We must pay attention when mental health is producing a lot of suffering and pain; causing radical changes in our way of living and thinking. Most mental illnesses do not get better on their own and without treatment, they can get worse over time and cause serious and unfortunate problems.

Attention to signs or symptoms

Any signs described in this article can be an indication that the person needs professional help.

Sometimes mental health problems are related to other types of illnesses, even medications can cause secondary reactions that trigger mental disorders. Therefore, you should consult a specialist and make routine medical visits.

Getting enough sleep, eating a good diet, and exercising, in many cases helps prevent mental disorders.

Avoid being alarmed by knowing the signs of poor mental health; remember that all of them have different treatments, some are curable and others controlled. Take care of your health and seek professional help to avoid serious consequences.