What Lies Behind The Fear Of Offending Those Around You 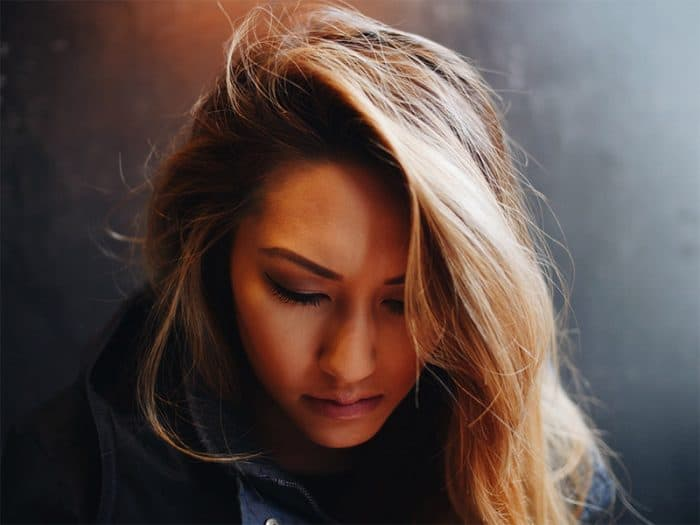 I've been struggling with a "mania" for a long time that has frustrated me too much for a long time. I don't know if it happens to others, but it makes me tedious to interact with other people.

Everything is fine when it is a formal situation because I can handle it; however, the question changes when the questions become a little friendlier. I freeze, I blush, and when I open my mouth to say something I only say nonsense that makes the person in question look at me in surprise. I feel bad about myself, but I always think about how that person could have felt about my actions. It is very "heavy" to deal with this because it is a thought that can last several days.

It always happens to me and I hadn't realized it. To avoid this, I think things over a thousand times before saying them. In me, there is that constant fear of saying or writing something that could upset and offend someone. It is so annoying because the thoughts haunt me and because the more time goes by, the more I self-complex and withdraw.

But it doesn't stop there, I'm terrified of dialing a phone number and being told that I'm wrong; thinking about the discomfort generated overwhelms me. I worry about being a nuisance to others, this leads me to isolate myself. Talking to strangers is very embarrassing; This is because I always say nonsense without meaning to. The situation leads me to lower my gaze and wish I had wings on my feet so as not to continue feeling ashamed.

Everything that I described earlier, and that really happens to me, is about Taijin Kyofusho disorder. It is vital to know that it is a very particular type of phobia. The person suffering from it fears being offensive or annoying in some way to others. It is also considered a type of social anxiety that limits the person's ability to establish quality social relationships.

It is natural that we want to have a behavior before society that makes us look like someone cultured and respectful; as my mother would say: "very well behaved", but feeling bad and carrying the emotional weight of feeling that you are annoying to others just for looking at them or saying what you thought, that really is problematic.

Unsurprisingly, Taijin Kyofusho disorder is closely linked to low self-esteem and insecurity. It is precisely this insecurity that makes us want - obsessively - to behave at the height in every social situation that we have to live. That anxiety to be aesthetically pleasing, have a good attitude, say everything in a good way, and treats others correctly, is what leads us to doubt our actions.

The point is that such social pressure is carried on our shoulders, that we are afraid of blushing, stuttering, or even saying something stupid just because of the same shyness that overwhelms us. Believe me, living like this is very stressful.

Japan versus the world

A curious fact is that in Japan it is a well-known psychiatric disorder; however, recently in the western world, this type of phobia is beginning to be known. The reality that this happens is that the Japanese are people very given to give importance to the way an individual should behave in society. It is for this reason that the Japanese are very prone to feeling pressured to give a good image to others.

- Those who suffer from taijin kyofusho disorder fear being embarrassed or embarrassed by their presence.

- The problem lies not in one's own behavior, but how others can react when the person is in front of them.

- The person can develop obsessive-compulsive behaviors. For example: looking at the private parts of others (a case documented in a US clinical manual).

In Japan, there are some symptoms of the disorder that are relevant in the culture. For example:

- Ekimen-kyofu: fear of blushing and that others will feel uncomfortable about it.

- Shubo-kyofu: fear of annoying others for not having an attractive body.

-Jiko-shisen-kyofu: it is the anguish that others feel threatened or restless when you look at them.

-Jiko-shu-kyofu: it is a fear of giving off a bad smell at some point.

In the Western world, the following aspects are taken into account to determine that someone suffers from this type of phobia:

-To determine whether or not it is a social phobia, it is observed whether the symptoms are temporary, not chronic; that is to say, they have a lasting duration throughout life.

-The degree to which this type of fear can harm a person.

-Degree of the frequency of occurrence of obsessive-compulsive thoughts.

At first, the way this phobia was treated consisted of isolation, forced rest, keeping a control diary, manual work, and group therapy where lectures of personal acceptance were given.

This type of initial treatment was developed by Dr. Shoma Morita in the 1910s. But since everything changed over time, by the 1930s, the treatment was modified to accommodate those who were treated on an outpatient basis; in addition, drugs were used to achieve better treatment. What was intended with psychiatric medicine was to inhibit the reuptake of serotonin and norepinephrine. This is also was and is widely used to treat disorders such as social anxiety.

All this has to be diagnosed by a professional in psychology, who will know how to act and what treatment the patient should follow. Although the name was coined in Japan, it is a disorder suffered by people around the world.

In fact, something that people who suffer from this disorder can also do on their own to complement medical treatment is to practice relaxation and yoga to keep stress that social situations can cause under control.

If it happens to you, you can gradually face your biggest fears, not be afraid to talk to people, and face the anxiety you feel about making others feel bad.

Remember that you are the owner of your person, seek help and follow the treatment; You will see that with the time you will be able to face your greatest fear, and you will have more control of yourself.