This Is What Happens In Your Brain When You Use Your Cell Phone Every Day, According To Experts

The use of cell phones, computers, game consoles, tablets, and television is today a daily and indispensable reality. They have been a relat... 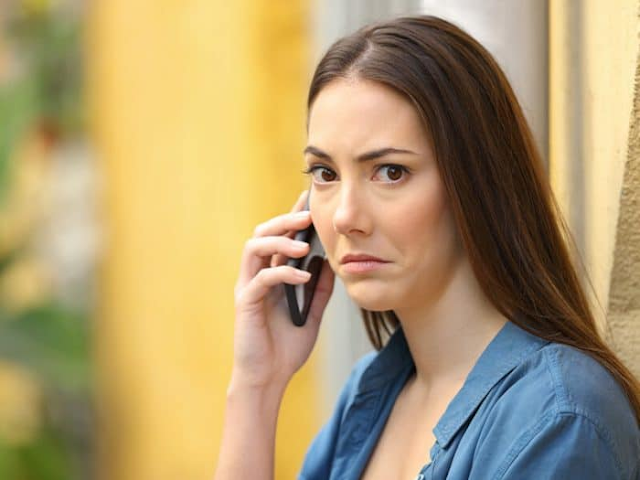 The use of cell phones, computers, game consoles, tablets, and television is today a daily and indispensable reality. They have been a relatively recent historical event, but we have not yet had the clarity of the effect that this has consequences on humanity.

Technology is part of our life, and unwittingly it is changing not only our way of relating to ourselves but also our own physical and emotional structure.

Next, I will share some brushstrokes that are drawn in the search for answers to this topic.

Changes in our whole being

Research on the use of technology looks at the modifications of the human body. The species evolves according to its uses and customs, and there is no doubt that the excess of cell phone use generates postural positions that affect the body.

One of the great changes of the human species according to the theory of evolution is the achievement of an upright posture. But apparently, we are gradually losing it by having our heads nailed in information and communication technology (ICT) devices.

Some people already have a so-called “ text neck ”. It is the new form that the bones take for this tilt of the head. Due to its weight, it generates modifications in the bone structure. This is especially the case in those who start using electronic devices at an early age.

This is one of the elements most affected in minors, in several areas:

It can be said that the use of computers, tablets, and cell phones is already an addiction. On the one hand, it is proven according to some research that the symptoms when suppressing these addictive elements is the same as when drugs or alcohol are suppressed.

An addiction has four elements: a strong desire, inability to stop the behavior, emotional distress when the activity is not performed, and persistence of the behavior; same that are presented related to ICTs.

The excessive use and at an early age of electronic devices for entertainment, cause them to stop playing games in which both fine and gross motor skills are developed.

Temporo-spatial capacity is also atrophied, which develops in children's playful movements. By not having movement, but sitting most of the time, they lose the capacity for body flexibility, mobility, space calculation, and handling.

Another of the effects is a strong affection for cognitive and linguistic development, which causes difficulties in mental agility, in paying attention and following the thread of what happens around.

If the child is in a context of loneliness or difficulty of socialization with his environment, the device in question will be the one that fulfills the function of accompanying, calming, and containing the minor.

The constant use of electronic devices tends to disconnect the person from all their relationships. And a vicious circle is usually made, in which the feeling of loneliness, pain, sadness is evaded.

Families begin to get used to children or adolescents being isolated in their virtual activities. The same adults immersed in their own devices do not find the space, nor the way to reconnect with their children.

Some, because of their work activities, others because of their possible addiction. Suddenly there are many members of the family in the same room, but each one immersed in their own apparatus, generating in each member the same isolation, disconnection, and loneliness.

This hinders the relationship between people and even the development of belonging to a group. There is usually a distance in personal and virtual identity, the behavior being abysmally different in one type of interaction and another.

With the use of screens, even more, isolation is generated. Studies have also been carried out in which there is a correlation between the level of aggressiveness and the use of screens. This aggressiveness also hampers a better quality in interpersonal relationships. Being people in need of interrelation, the lack of these relationships generates emotional imbalance. Their little experience in the interpersonal field prevents them from being able to solve the problems that are generated from their attitudes.

It has even been hypothesized that there is a correlation between criminal activities and excessive use of video games, with a higher incidence when there is neglect by the parents of minors.

Electronic devices are part of our reality. It is essential to rethink whether the use that we are giving them is being adequate and healthy for our relationships. Satanizing it is not the solution, but it is to reflect and modify the use and custom in the handling of these tools.

And you, how much are you on the screens?