14 Signs That Your Child Could Have Autism

The arrival of my nephew completely filled our lives with light. When he was born he was a child of what we usually call "normal",... 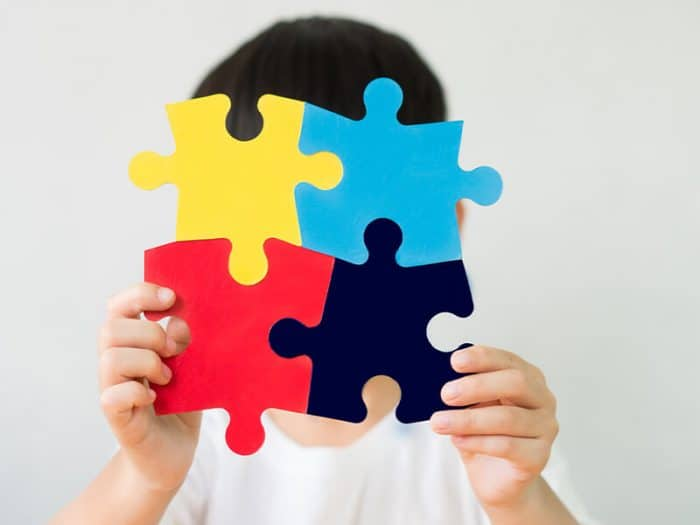 The arrival of my nephew completely filled our lives with light. When he was born he was a child of what we usually call "normal", and so was his development for the first 6 years of life. Or so we thought.

The first years of school were basically normal; however, when the first year of primary school began the challenges began. Reading and writing were an ordeal for him, to the point that the problems with the teacher escalated. The second year was worse, reaching the point of being mistreated by the teacher. He could no longer bear the school abuse and did not want to go back to that school.

Then the battle began. We managed to get him to a public school where he was accepted in the middle of the year and there the teacher, a more patient and experienced woman, recommended that my sister take my nephew to a specialist, and she did.

After an incredible amount of medical exams, IQ tests, and even appointments with psychiatrists and psychotherapists, my nephew was diagnosed with Asperger Syndrome .

Finding out about this was very complicated, painful so to speak, because no person is prepared to face such a situation. Despite that, life has shown us that the situation is not as complicated as we thought, and that we were actually very blessed to be chosen to raise a child like him.

As I pointed out at the beginning, for us, my nephew was a relatively normal boy. He looked at us and laughed with us, he interacted as every child is supposed to do, he walked on time; all as a completely healthy child. There were also aspects of him that were not entirely common, but to be frank we never paid much attention to these because "every child is different."

You will say that being a professional in psychology I should have realized your condition , but the truth is that you cannot be objective when it comes to a being that you love with all your soul . The only thing I noticed was his way of speaking, slow, calm, deliberate and sophisticated, something that is not at all normal in an ordinary child.

Upon receiving the diagnosis, all his particular characteristics fit into the puzzle

This is how we came to understand why he did not write or speak differently, why he was so obsessed with video games, why he did not answer when called or did not eat or sleep very well.

These and many other aspects taught us to live in a different way. It was like this when we learned to appreciate the child who, together with us, saw, grew up and learned a different world from the others.

Autism and its most relevant characteristics

Autism is a neurobiological condition of human development that - depending on its degree of depth - can be diagnosed from 3 years of age and will last throughout life.

Many parents find that their children have some type of condition because babies do not smile or fix their gaze on their parents. Some children are slow to speak, there are even some who never do more than make a few words and sounds.

Other children are slow to walk and have great difficulty coordinating movements, it is very difficult to catch a ball or even jump, so playing sports is not their strong suit. It is then that the suspicions of parents increase and they go to the doctor to see what happens to their children.

The characteristics of a person with autism should not be considered bad. They are only peculiarities of their condition and some are better than others. These are:

1 Socialization problems. School-age children have little or no interest in interacting with children their age.

2 Children may be able to learn things in detail and remember information for long periods of time.

4 They have a great visual and auditory memory .

5 It is natural for autistic people to have echolalia. It consists of repeating words, sounds and phrases ; it is even normal for them to hear a sound over and over again until it is repeated faithfully.

6 When autism is very deep, children do not accept routine changes very well , or changes in their home.

8 There is little or no eye contact and when they do it is inconsistent.

10 They tend not to respond when called or take time to do so; even sometimes you have to get their attention by touching them to attend.

11 They  understand everything that is said literally. That is why you have to take great care how we communicate with them and you have to know how to ask them questions.

12 They can talk a lot about the topic they like, to the point that they do not give others the opportunity to intervene in the conversation.

13 It is common for them to speak in an unusual way , sometimes using foreign accents, speaking as if they were singing, or may even use a monotonous, robot-like tone.

14  His empathy is almost nil. They may not understand what other people are feeling, they may have trouble understanding another person's point of view, or they may not be able to predict or understand the actions of others.

Autism is a condition that puts to test not only the family but also teachers and health professionals. Everyone must work together to help children deal with their limitations and move slowly but progressively, to have an optimal and happy quality of life, which is ultimately all we want for our children, so that tomorrow we will be competent and happy adults.