5 Medical Conditions That Can Come With Menopause

When I was assigned to write this article, I immediately thought of my own experience, those things that I knew and others that I was comple... 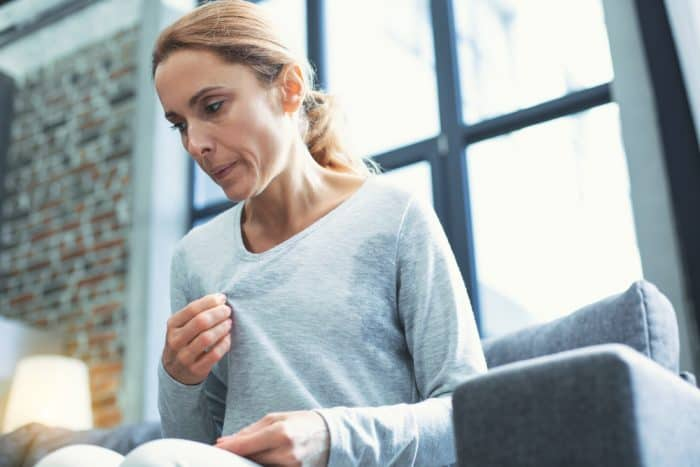 When I was assigned to write this article, I immediately thought of my own experience, those things that I knew and others that I was completely unaware of.

On the one hand, I had my mother's information, because according to her I was the "daughter of menopause", so in that way, I justified many reactions and intolerances towards myself. From here, I learned that menopause in our family came early, around 48-50, that it lasted two years, and it was the time when the period of bleeding would stop.

What I learned from my own experience was obviously broader and more significant. Although, as my mother affirmed, menopause begins at an early age in the women of our family, it was when I turned 48 that I began with bleeding irregularities. I don't know if she retired as soon as she anticipated it (2 years), rather it was almost 4 years. But to my surprise, the hot flashes, the inability to lose weight, and the mood swings, lasted almost 8 years.

According to the  Cancer Dictionary,  menopause is defined as a woman's period in which the ovaries stop producing hormones, so the period stops.

Of course, each woman lives it differently, and the time can vary, between 2 to 15 years, depending on the person.

It occurs in three stages:

-Perimenopause: It is the time when bleeding irregularities begin, the first episodes of "heat" (hot flashes) appear, and changes in the woman's mood or emotions.

-Menopause: During this stage, the release of hormones is very low, so the ovulation process is affected or limited. Remember that it is a normal process in women when they reach 50 years of age, but in some cases, menopause can appear for induced reasons, such as removal of the ovaries, chemotherapy, or absence of the uterus.

-Postmenopause: When you have not had a period for 12 consecutive months, it is considered that you have gone through "menopause", and in some way the beginning of the next half of life, in which as a woman you can focus on doing everything you Has longed for your heart for a long time

5 medical conditions you can suffer from after menopause

After I went through menopause, it seemed that my entire body changed, and I began to suffer from different medical conditions that I had never imagined:  my bones hurt more than usual, I suffered an extreme broken foot, the bones just shattered into little pieces of small stones, I had urinary incontinence, and no matter what diet I did, I did not lose weight. Even walking was not enough, he had to "burn" calories doing cardio or machine exercises.

Here I share 5 medical conditions that you could present after menopause, some of which I had no idea, however, I suffered from them.

By lowering the level of estrogen, the possibility of heart problems increases, being one of the highest causes of death in women and men. It is important to maintain good body weight and exercise.

I did not know the reason why when I laugh or sneeze I have involuntary losses, as well as the urge to go to the bathroom. The reasons are because after menopause the tissues of the vagina and urethra lose their elasticity, causing these unfortunate accidents.

There are some exercises called Kegel , which are of great help to strengthen the muscles of the pelvis, they are very good and effective.

During the course of life, the body has a balance between the loss of bone mass and the manufacture of it. During menopause, due to the suspension of the period, the production of bone mass decreases considerably;  In addition, after menopause the ovaries stop producing estrogen, a hormone that helps solidify bones, so over time this excessive loss of bone causes fragility in them, causing fractures or the possibility of suffering from osteoporosis.

In my personal case I never increased, but I could never lose. He maintained the same weight, but not the appropriate one, and the reason is that the woman's metabolism during this period is slow. The recommendations are: eat less and exercise just to maintain the same weight, how unfair!

In truth, menopause is not the cause of this decrease in desire to have intimate relationships, rather the abrupt drop in hormonal functioning, hot flashes and night sweats, added to changes in emotions, do not favor the conditions to do it with the periodicity with which it occurs. performed.

Patience, love and time solves and allows us to overcome the situation of this difficult but natural stage of women. Cheer up! And that menopause does not stop your will to live.