Social Networks And FOMO: Do You Know What It Is About? Finding Out Will Save You From His Trap

We live in times where everything that is done on a daily basis is replicated in a social network. I am surprised by the need for many peopl... 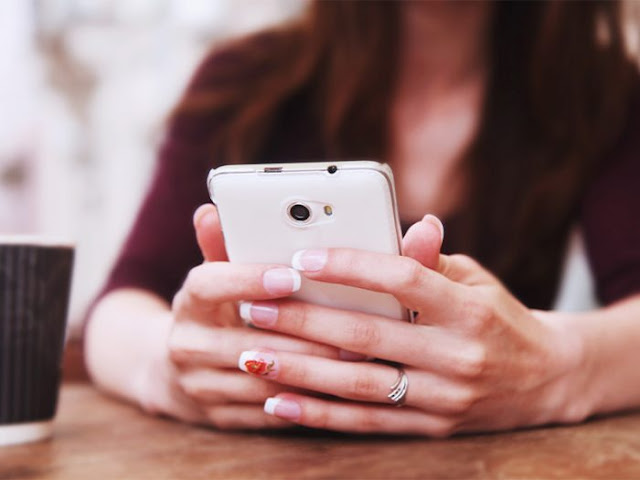 We live in times where everything that is done on a daily basis is replicated in a social network.

I am surprised by the need for many people to be tied to their cell phones almost 24/7. It's not just about talking on the phone or listening to music. The mobile is used practically for everything; from asking for addresses, taking photos, paying bank accounts, and being connected to social networks.

There is nothing wrong with this as long as it doesn't get out of hand. The problem arises when you begin to think that if you "detach" for a moment, you are going to miss vital information. Whether it's a post made by your friends, family, or admired celebrities, you don't want to miss out on anything. It happens, and unfortunately, more than is really healthy.

Not many days ago an event occurred that has to do with this. I follow a certain group of fans of my favorite artist on Twitter. This artist posted a photo on an Asian social network.

The "normal" thing is that his most passionate followers replicate his publication on different social networks. You can find what he posted up to a thousand times in less than 5 minutes on different internet sites.

One of his fans, who has many followers on Twitter, did not receive the notification of his publication. This girl put together a drama worthy of a novel. She found out from other fans' replies to his post. In her own words, she "almost died" because the notification did not reach her. I know it sounds over the top, but it's almost always the same when it comes to his posts.

What is the FOMO?

It is easy to understand that you admire someone and want to know something about that person, but everything has a limit. And that's the point the FOMO is about.

Fear of missing out or FOMO, by its initials in English, speaks of the “ fear of missing out ”. Miss what? You ask. Well, to miss something that is published on a social network. Whether it is what a family member, friend, or celebrity publishes, the person who suffers from FOMO does not want to miss anything and if they lose it they feel terrible.

FOMO is considered a phobia because it generates anxiety and fear at high levels. To reduce that feeling of fear, the person "needs" to be constantly watching social networks. However, it also has very clear tints of being an addiction, due to the need to be connected to a social network.

Bearing in mind that it is an irrational and exaggerated fear of something that is harmless, the idea is that the affected person undergo exposure therapy. What is achieved through this procedure is to gradually decrease the frequency with which the person feels the need to connect to social networks. It is the same as making her aware that nothing will happen if a publication is lost.

What is the FOMO due to?

The person who first spoke about this phenomenon was Dr. Dan Herman. He is the leader of the Think short consulting network.

Dan Herman argues in his theory that the more options a person has to be "connected" to social networks, the chances of being affected by the FOMO will be greater.

Of course, not all people are going to be affected by this phobia. Those who are more likely to suffer from it have an obsessive personality type.

There are several and I will expose them below:

1 Hyperconnectivity: that is, the need to be connected to a social network and be taken into account by the participating community.

2 Anxiety that what you post on your social network has a good amount of interaction and acceptance from your audience. If this doesn't happen, you feel “invisible”.

3 Your amount of time and your number of posts on social media is high. You need care if you are not sick.

Type of behavior of someone with FOMO

1 Keep an eye on the number of posts and trends on social media.

2 Think hard about what, how, and when to post. That is your highest priority.

3 Anguish for not being able to be connected to their social networks.

4 Disappointment that your posts don't have the amount of engagement you think they deserve.

5 If you find out on social media that your friends threw a party or there was an event of interest to which you were not invited, you feel very bad.

Consequences if not treated in time

The consequences of this phobia involve great damage to emotional stability.

A person with FOMO will experience stress, tension headaches, anxiety, depression, and even have trouble sleeping.

It is also very possible that your personal relationships deteriorate. The reason is that they become so focused on their life through social media that they neglect their friends and family in real life.

Ways to overcome the FOMO

When the person is already aware of their condition, the next step is to have the will to get out of it by their own strength.

You should begin to prioritize. What is more important to you than social media? To achieve this knowledge you must do an introspection.

With this decided, you must begin to organize your life around your priorities. Focusing on this point will cause you to focus on your priorities and gradually forget to be connected to social networks.

One important thing to do if you can't do it yourself is to seek help from a therapist. Acknowledging and accepting that you are sick and need help is a good start in overcoming your fears and addictions.

It only remains for me to say that whenever a person wants, they can defeat their worst enemies. Unfortunately, many times that character is ourselves.